The first six months of this year saw UK FinTech companies attract nearly double the investment they did over the same period in 2018, although funding declined sharply worldwide. 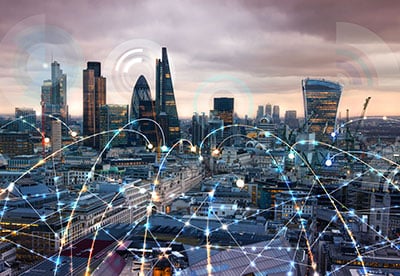 That is according analysis by consultancy firm Accenture, which found that the UK attracted $2.6bn (£2.2bn) in the first half of this year, with the number of deals jumping 25% to 263.

However, total global investment fell 29% from $31.2bn to $22bn, largely because there were no giant deals like Ant Financial's record $14bn transaction in 2018.

Discounting that deal, the researchers said that global investment would have climbed by around a quarter in the first half of 2019 compared to the same period last year.

"There's been a lot of interest and demand from consumers for new FinTech propositions, particularly in the UK," said Julian Skan, senior managing director at Accenture.

"However, the question is: How long can that last? Fundraising is likely to reach a plateau soon and will most likely dip going forward."

The findings also show that investment into German FinTechs doubled to $406m this year, with fundraising quadrupling to $573m in Sweden, and increasing by 48% to $423m in France.

US FinTech firms attracted $12.bn in the first six months of this year, an increase of 60% compared to the same period in 2018, although the number of deals was basically unchanged.

There were also large fundraising gains in the Asia Pacific, with the value of deals in Singapore nearly quadrupling to $453m, and more than tripling to $401m in Australia.

The number of deals rose by around 2% globally in the first half of this year compared to the same period in 2018, but fell by 49% and 21% in China and India respectively.

"Increased activity in many markets is a good indicator of the confidence many investors have in the FinTech industry," said Accenture managing director, Piyush Singh.

"Start-ups and the solutions they offer are maturing, which bodes well for traditional institutions partnering with FinTechs, and for innovation in the financial services industry as a whole."