The UK's largest listed companies have seen their pension deficits fall by almost a third over the last year, with nearly half of schemes now running a surplus. 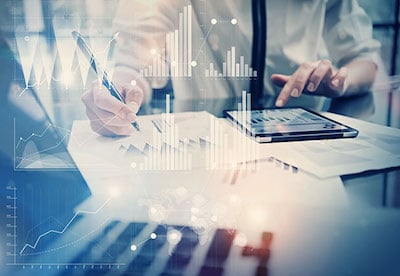 That is according to new data from Barnett Waddingham, which shows that the FTSE 350's combined deficit for defined benefit (DB) pension schemes has fallen from £55bn to £39bn.

This was driven by increased corporate bond yields and deficit contributions, with many schemes now approaching their buyout 'endgame'.

It was also found that the proportion of schemes running an accounting surplus has doubled from 23% to 46% over the last five years as a result of improved funding conditions.

"With improving funding levels, maturing schemes, and a significant amount of de-risking achieved, company boards should be focusing on the endgame," Griggs continued.

"Many could soon be in a position to write the cheque which will make the aspiration of an insurance buyout a reality."

The proportion of FTSE 350 DB schemes with a surplus varies considerably by sector, which is shown below: 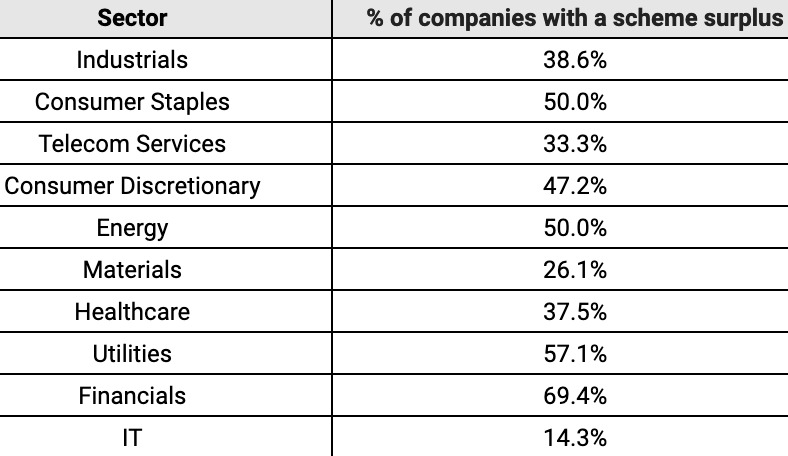 Barnett Waddingham highlighted how slowing mortality rate improvements have also had a significant impact on deficits.

The firm said that the latest mortality projections have reduced the average time to reach buyouts by one year when compared to life expectancy estimates five years ago.

A further one-year fall in life expectancies over the next five years would mean that two-thirds of schemes would be able to buyout by 2028, rather than the 54% currently projected.

"As a growing number of companies see the light at the end of the DB pension scheme tunnel, it is vital they proactively put in place a strategy targeted at reaching the scheme's endgame," Griggs added.

This article appeared in our August 2019 issue of The Actuary.
Click here to view this issue
Filed in:
08
Topics:
Pensions