The worlds largest fund manager, BlackRock, has lost more than $90bn (£74bn) investing in fossil fuel companies over the last decade, according to economists. 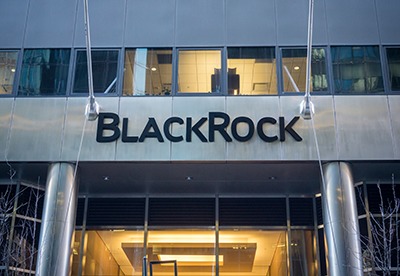 In a report published today, the Institute for Energy Economics and Financial Analysis (IEEFA) said that BlackRock continues to ignore the serious risks of investing in fossil fuels.

Investments in ExxonMobil, Chevron, Royal Dutch Shell and BP were responsible for 75% of the $90bn in losses, with these companies all underperforming in the last 10 years.

And only 0.8% of BlackRock's $6.5trn portfolio - which is more valuable than Japan's entire economy - is invested in environmental, social and governance (ESG) funds.

The report's co-author, Tim Buckley, said that BlackRock remains a "laggard" when it comes to addressing climate risk, and urged it to show greater leadership.

"If the world's largest investor makes it clear the rules have changes, than other significant investors like Fidelity will rapidly replicate and reinforce these moves," he added.

The report also claims that BlackRock lost its investors over $2bn when Peabody Energy went bankrupt in 2016, and another $19bn by investing in General Electric.

BlackRock maintains that it has little control over its $4.3trn passively managed portfolio, yet leading peers have done more to ensure low-carbon investments, according to the researchers.

They also said that six of its 18 board members have worked in companies with strong ties to the fossil fuel sector, and that it should remove their "excessive" influence.

The IEEFA urged BlackRock to introduce low-emission index benchmarks for its passive funds as a financial best practice to become an innovative leader once again.

"As the world's largest universal owner, BlackRock wields an enormous amount of influence and shoulders a huge responsibility to the wider community," Buckley said.

"In our view, it is BlackRock's fiduciary duty as a global leader to lead."

This article appeared in our July 2019 issue of The Actuary.
Click here to view this issue
Filed in:
07
Share