A record £2.75bn was withdrawn from pension savings in the second quarter of this year through flexible payments, according to figures released today by the UK government. 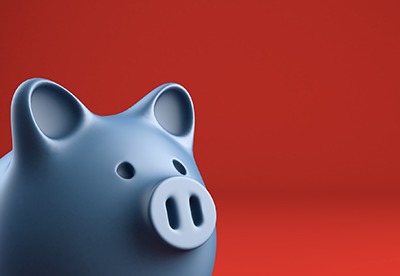 This represents an all-time high by some distance, up by 21% from the previous peak of £2.27bn in the second quarter of 2018, with nearly £5bn withdrawn so far this year.

The record-breaking figures come after former chancellor George Osborne introduced pension freedoms back in 2015, with over £28bn having been accessed flexibly since then.

"Over the last four years the retirement behaviour of over 55s has been significantly influenced by pension freedoms," Aegon pensions director, Steven Cameron, said.

"Today's figures show more people are choosing to access their pension, but increasingly withdrawing a smaller amount when they do."

A total of 336,000 individuals accessed their pensions during that time, which represents a 27% increase on the 254,000 that did so in the second quarter of last year.

The UK's pension freedoms allow consumers aged 55 to take savings as cash, buy an annuity, use drawdown without any limits applied, or a combination of all three.

However, Just Groups' communications director, Stephen Lowe, warned that today's figures do not give a complete picture of how the reforms have influenced retirement outcomes.

He said that billions of pounds of tax-free cash payments are not included in the data, and neither are small pot withdrawals or purchases of guaranteed income for life solutions.

"We still do not have anywhere approaching complete information on how these reforms are influencing the retirement outcomes of millions of people," Lowe continued.

"In the absence of any meaningful data, it's absolutely essential that the Financial Conduct Authority prioritises the challenge the government has set it to ensure everyone receives independent and impartial guidance before accessing their pension savings - making sure that choosing not to take guidance is an active, rather than a passive, choice."