Non-life insurers across the UK and Ireland think that Brexit poses a bigger risk to their solvency than IFRS 17, an annual survey by Lane Clark & Peacock (LCP) has uncovered. 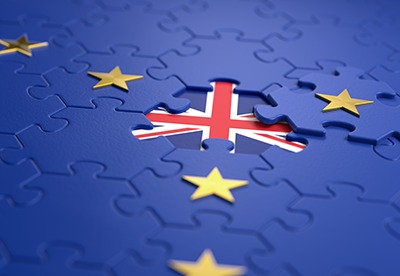 The actuarial consultants found that the proportion of firms highlighting Brexit as a key solvency risk has nearly doubled from 33% to 64% over the last 12 months.

The research comes after Boris Johnson was confirmed as the UK's next prime minister, with the possibility of a no-deal Brexit now appearing more likely than ever.

"As the UK confronts the possibility of leaving the EU with no deal in place, Brexit uncertainty continues to keep insurers awake at night," said LCP partner, Cat Drummond.

"Almost all firms that highlighted Brexit as a key risk had plans in place, or were formalising such plans, to address the issue."

The survey also found that fewer than 15% of insurers think climate change is a sizeable risk to their business, although this is expected to change amid growing regulatory pressure.

The proportion of firms citing cyber considerations as a key risk to their solvency has increased marginally from 41% in 2017 to 43% this year.

However, the findings also show that companies are less concerned about IFRS 17 after the implementation date was pushed forward by one year to 1 January 2022.

Insurers tend to be sufficiently capitalised with eligible own funds, which are on average more than double their average SCRs. Motor insurers are among the least capitalised.

All firms included some commentary on sensitivity risk testing in their survey responses, with 70% including the quantitative results, up from 60% last year.

However, only two-thirds of solvency and financial condition reports (SFCRs) and quantitative reporting templates (QRTs) were available on their websites, which Drummond said was "disappointing".

"Insurers still have some way to go to ensure that their SFCRs comply with regulatory requirements and are readily available and easy to access," she continued.

"The European Insurance and Occupational Pensions Authority's intention to discuss with national regulators having public SFCR repositories may assist with this going forward."