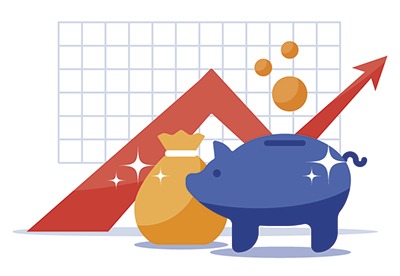 The findings show that core contributions rates at schemes offering a matching contribution design increased from 5.6% of annual salaries to 6.5% over the last year.

FTSE 250 firms have increased their rates too, rising from 4.1% to 6% since 2018, with two-thirds taking action on their workplace scheme in the last two years.

The research also found that average maximum combined contribution rates for employers and staff have risen to 17.4% and 14.8% for FTSE 100 and FTSE 250 firms respectively.

"It's encouraging that employers have sought to take action on their contribution levels, likely given impetus by the step-up of minimum auto enrolment contribution rates in April."

The researchers also found that the adoption of DC master trust pensions continued to rise among FTSE100 companies over the last year.

The proportion of firms using master trusts increased by a third to 21%, although the number remained stable at around a fifth at FTSE 250 companies.

This comes after separate research from WLTW found that the number of UK businesses using a master trust as their main DC scheme is set to reach 25% by 2021.

The research suggested that the shift towards master trusts is partly driven by schemes moving away single-employer trusts and group personal pension (GPP) contract-based schemes.

WLTW said that companies with master trusts have been most likely to take action on their contribution rates, with 67% of master trusts updating their scheme in the past two years.

"Those companies who are making the move to master trusts are, perhaps unsurprisingly, the most engaged in making their pensions as efficient and effective as possible, and are taking the opportunity to review contribution design," Sweetman added.