The Fire Brigades Union (FBU) has secured a landmark legal victory against the UK government after pension reforms in 2015 were found to have discriminated against younger workers. 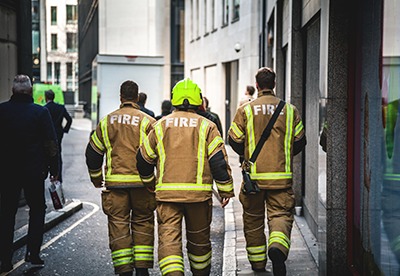 The Court of Appeal ruled last December that reforms had forced younger firefighters to transfer to a worse pension arrangement while allowing older workers to move to a better one.

And the Supreme Court yesterday denied the government a chance to appeal the ruling, leaving it with no further legal avenues to exhaust, and potential costs of £4bn a year.

All public sector workers are likely to be impacted as various pension schemes pursue legal action.

"This ruling proves the government has discriminated against thousands of younger firefighters," FBU general secretary, Matt Wrack, said. "They must now rectify the damage they unnecessarily caused.

"This is not the end, we will continue to fight for pension justice across the board."

The Firefighter's Pension Scheme was introduced in 2015 as part of reforms to all public sector schemes, replacing the final salary plan with a career average revalued earnings one.

Transitional arrangements were said to favour older workers closer to retirement with less time to save, as is common when defined benefit schemes are closed.

But the Court of Appeal ruled that the protection imposed on younger members was unlawful on sex and race discrimination grounds, as well as age.

This is because steps towards diversity have led to a greatly increased number of younger workers that are women and or black, Asian and minority ethnic (BAME) people.

"The vast majority of those benefiting from the more attractive pensions for older workers were white men.

"The government must possibly reverse some significant steps taken to reduce the cost of public sector pensions by moving younger staff out of the final salary schemes."