A third of women without pension plan

Around one in three women dont save into a pension, compared with less than a fifth of men, a survey of 1,070 UK adults by investment firm Willis Owen has uncovered. 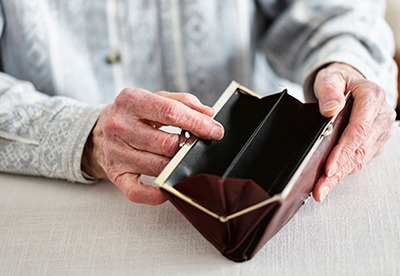 The findings show that 34% of women claim to be without a pension plan, 41% of which have no intention to start one, with 17% not planning to until they are at least 40.

For men, the survey found that 17% still do not save into a pension, with 34% of these having no plans to start, and 13% saying they are unlikely to until they are 40.

And around one in three adults said they had stopped paying into a pension scheme over the past 12 months, with a quarter of these saying they could no longer afford it.

"It's alarming to see so many people without pension plans, or who have stopped paying into them," Willis Owen's head of personal investing, Adrian Lowcock, said.

"Not only are they missing out on generous tax benefits provided by saving into pension schemes, the reality for many of them is that they will never be able to stop work and enjoy a retirement."

Although around two-thirds of adults expect to rely on the state pension in retirement, the survey found that nearly one in five think they will not be able to stop working.

This comes after official statistics released last month revealed that a record number of people aged over 70 are working instead of retiring in the UK.

The figures showed that 497,946 people aged over 70 were in full or part-time employment in the first quarter of this year, marking a 135% increase since 2009.

Nearly one in 10 of the over-70s are working, compared with just one in 22 a decade ago, while the number of full-time male workers over 70 has trebled during that time.

Founder, Stuart Lewis, said: "Work patterns are changing - gone are the days of working hard five days a week for four and a half decades before suddenly stopping and retiring 'cold turkey'."