Insurance and asset management company Nationale Nederlanden (NN) has today announced that it will stop underwriting firms that derive more than 30% of their revenue from coal extraction. 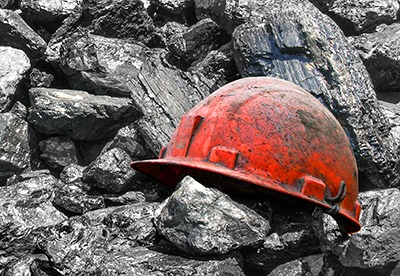 The Dutch insurer's new exclusion policy will come into force on 1 July this year, and will also apply to power companies that produce more than 30% of their energy from coal.

In addition, NN said it would reduce its investments in coal mining and power to "close to zero" by 2030, which will impact 540m (£477m) of its 260bn in assets under management.

This continues a trend that has seen 16 insurers pull around $22bn (£16bn) from coal companies since 2015, with Allianz announcing a similar divestment policy last year.

NN group management board member, Dailah Nihot, said: "'NN's coal policy is in line with our company's values, our responsible investment policies, and the support of the Paris Agreement.

"We believe that the different elements of the policy reinforce each other, and further our efforts to contribute to the transition to a low-carbon economy."

The NN Group, which is active in 18 countries across Europe and Asia, also said it would gradually reduce its 30% underwriting threshold to 0% for power companies by 2030.

And the group has produced a list of 36 coal mining firms that it will no longer invest in, citing concerns around climate change as the main reason for exclusion.

Moreover, NN said it would develop an engagement strategy to intensify dialogue with power generation companies.

However, it is unclear if its policy will apply to firms involved in both coal power and mining activity, and does not prevent investments in companies planning new coal plants with exposure below 30%.

Despite this, the Unfriend Coal campaign said that NN is "clearly showing the way that other insurers must follow" to prevent runaway climate change.

European coordinator, Lucie Pinson, said: "NN is showing leadership with a science-based commitment to phase out coal from its proprietary investment and insurance portfolios by 2030.

"There is now a clear gap between it and other insurers such as Aegon and Aviva, which remain big drivers of the coal expansion."