Number of over-70s in work doubles in 10 years

A record number of people aged over 70 are choosing work instead of retirement in the UK, analysis of data from the Office for National Statistics has uncovered. 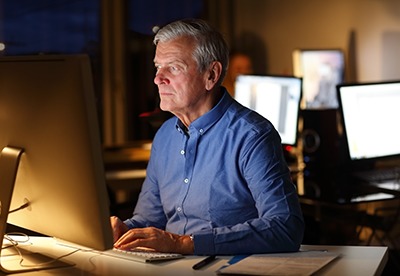 The figures show that 497,946 people aged over 70 were in full or part-time employment in the first quarter of this year, marking a 135% increase since 2009.

Nearly one in 10 of the over-70s are working, compared with just one in 22 a decade ago, while the number of full-time male workers over 70 has trebled during that time.

"There is also a growing understanding of the many health and social benefits that come with working into retirement," Rest Less founder, Stuart Lewis, said.

"Work patterns are changing - gone are the days of working hard five days a week for four and a half decades before suddenly stopping and retiring 'cold turkey'."

The data also shows that there are more than 53,000 over-80s who are working in the UK today, 75% of which are working part-time.

And this trend of longer working lives is set to continue after Canada Life Group Insurance found that 71% of UK employees expect to work beyond the age of 65, up from 61% in 2015.

This is equivalent to approximately 23 million people, 37% of which believe they will reach the age of 75 at least before they can retire.

"Income protection and critical illness cover should be at the top of employers' lists to appeal to an ageing workforce. They are increasingly popular with employees planning to work beyond 65, protecting against ill health and conditions which become increasingly likely with age."

This article appeared in our May 2019 issue of The Actuary.
Click here to view this issue
Filed in:
05