Insurance companies settled more motor theft claims in the first three months of this year than in any quarter since 2012, data from the Association of British Insurers (ABI) has revealed. 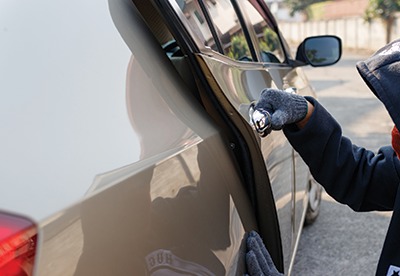 Insurance companies settled more motor theft claims in the first three months of this year than in any quarter since 2012, data from the Association of British Insurers (ABI) has revealed.

Published today, the figures show that insurers settled 16,000 motor theft claims in the first quarter of 2019, significantly more than the 14,000 recorded over the same period last year.

And the cost of theft payouts increased by 22% to £108m during that time, with the overall price of motor theft claims doubling in the last four years.

The ABI said that a rise in keyless entry systems was partly to blame for the increase in car theft, with criminals able to bypass the technology in as little as 20 seconds.

"The rising number of theft claims being paid by insurers reflects the vulnerability of some cars to keyless relay theft. The continued growth in car crime must be reversed."

The data also shows that the cost of vehicle repairs jumped to £1.2bn in the first three months of this year, which was the highest quarterly figure recorded since 2013.

These higher bills are thought to reflect ever more sophisticated car design and technology, which usually costs more to repair when damaged.

For example, the cost of a headlamp for one popular model has risen by over 400% in recent years, while the price for a windscreen replacement for another model has trebled.

On keyless technology, the ABI highlighted how testing by Thatcham Research gave six out of 11 vehicles launched this year a 'poor' rating because of their keyless security measures.

The ABI urged owners to park their cars in well-lit areas, and to keep keys away from external doors or windows to help put an end to the rising number of motor thefts.

"Action by motor manufacturers to tackle this high-tech vulnerability, allied with owners taking some simple, inexpensive precautions will help put the brakes on this unwelcome trend," Gerger said.