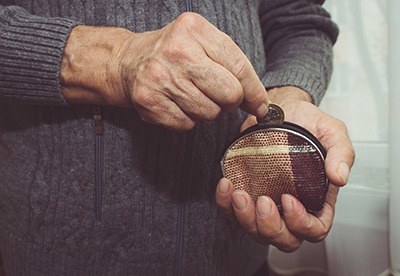 Equitini's research has showed that 17% of pensioner households now survive on state benefits alone, the highest level recorded since 1995-96.

Benefits accounted for 40% of income for pensioners and were the main component of retirement income.

Equitini analysed Office for National Statistics data, which showed a 14% increase in the number pensioner households without other income to supplement the state pension.

Single pensioners were even more dependent on the state, with a quarter having no other income, which Equitini said was the highest proportion recorded.

Its propositions and solutions director Chris Connelly said improved awareness of retirement savings was the key to increasing the amount of independent income available to those entering retirement.

He said: "These figures underline how important it is that people continue to learn about a later life income. It is worrying that one in five UK pensioners seems to be entering retirement with no personal savings or investments leaving them to rely solely on the income the state is able to provide."

While auto-enrolment had improved attitudes among those saving for a pension, this was of little benefit to those nearing retirement.

Mr Connelly said state benefits now amounted to £229 a week - the equivalent of £11,900 a year on average - and accounted for 43% of pensioner income.

Occupational pension incomes fell slightly from £160 to £148 a week in the last year, but still accounted for 28% of pensioner income, while earnings averaged £92 a week and 17% of income.

He said that in the short term, the introduction of the Pensions Dashboard might help some recent retirees discover other benefits, while it would help later generations to understand their likely retirement income and give them adequate time to improve it if necessary.

"Improving financial education will be the long-term answer to ensuring those starting out in their careers consider putting money away for later life as the norm," Mr Connelly said.

"Otherwise state benefits, for however long they last, will continue to provide a significant chunk of retirees' income and continue to be one of the biggest challenges for the public purse."

This article appeared in our May 2019 issue of The Actuary.
Click here to view this issue
Filed in
05
Topics
Pensions