Venture capital investment dropped in the first quarter of this year from record heights in the last quarter of 2018. 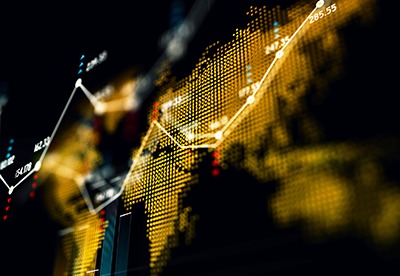 KPMG Enterprise has said that global venture capital investment dropped in the first quarter of 2019, though with Europe and the US remaining relatively strong.

It said that overall, venture capital investment dropped from the record height of $71bn in the last quarter of 2018 to $53bn, owing to factors that include a decline in Chinese investment from $10.1bn to $5.8bn between the two quarters.

The volume of venture capital deals across the world fell with only 2,657 completed in the first quarter of this year, the lowest level since the second quarter for 2011 and with a sharp drop in Europe from 882 deals in the last quarter of 2018 to 487 in the first three months of 2019.

Arik Speier, head of technology at Israel-based KPMG Somekh Chaikin said: "We saw a number of distinct trends in the venture capital market during the first quarter of 2019.

"On one hand, deal value remained robust in the US and Europe - powered in large part by big investments in later stage deals. Europe for example had 10 deals at or over $125m this quarter, compared to only six [beforehand]. However, the big question is whether we are facing a turning point in the volume of investment, which is yet to be seen."

Venture capital investment in the Americas dropped from a record high of $46.2bn in the fourth quarter of 2018 to $33.3bn, with the USA accounting for almost all of this.

The $5bn raised by shared workspace company WeWork was by far the largest deal in the US.

Economic uncertainty and trade concerns appeared to have affected investment in Asia during the first quarter, which fell from $21.4bn to $13bn.

There were some big deals, however, with Grab Taxi in Singapore attracting $4.5bn, and Beijing-based AI company Horizon Robotics, $600m.

There were 24 new 'unicorn companies' recorded in the first quarter of 2019, four of them in the fintech sector.

Brian Hughes, national private markets group leader at KPMG in the US, said: "Since 2014, the number of active US unicorns has more than doubled to over 160 as private capital is readily available allowing companies to stay private longer.

"After waiting for years, we finally saw some unicorns choosing to go public in late 2018. We anticipate this trend will continue well into 2019 - spurred by recent high profile offerings such as Lyft, and the ongoing strength of the public markets."

This article appeared in our May 2019 issue of The Actuary.
Click here to view this issue
Filed in
05
Topics
Investment