The UKs financial services sector is facing a shortage of workers because it is seen as boring and fails to offer adequate social mobility, a survey by KPMG has uncovered. 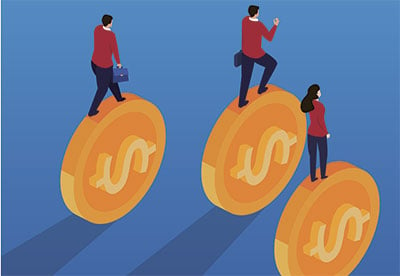 The findings show that almost two-thirds of workers would not consider a job in financial services, with two-fifths outside the sector saying it "sounds boring".

And it was also found that a "staggering" 41% of employees in financial services have had parents that worked in the same industry, compared with just 12% for non-finance workers.

KPMG said that a lack of social mobility would need to be addressed if the industry is to attract the diverse mix of skills and experiences needed in a changing society.

"The fact that people in financial services are more than three times more likely to have followed in their parent's footsteps is staggering," KPMG partner, Tim Howarth, said.

"Whatever the reason, the consequence is the same: a narrow and narrowing talent pool and not enough social mobility. This is a big challenge for the future of the sector."

Despite financial services being seen as boring, the research found that workers aged 25 to 34 in the sector are the UK's happiest, with 90% saying they enjoy their job.

When asked about their motivation for being in their role, the top answer was salary, cited by 31% of financial services employees, followed by 16% that said it was interesting.

However, just 16% mentioned salary as a key driver outside of financial services, with 29% saying interest was their main motivator, followed by locality of the job, cited by 23%.

KPMG said it was sad that financial services workers are only half as likely to find their jobs interesting, but that there is a gap between public perception and the reality of working in the sector.

"We are told that millennials are more interested in their social impact than finances, so our sector has to get more imaginative in the way it attracts and retains staff," KPMG head of financial services, Jon Holt, said.

"As automation takes away some of the more monotonous roles in finance, and boundaries between sectors disappear, firms have to work harder to appeal to young talent."