A record eight in 10 chief financial officers (CFOs) at large UK companies believe the long-term business environment will be worse after the country leaves the EU. 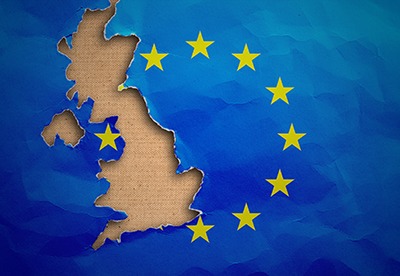 That is according to findings from Deloitte's latest quarterly CFO survey, which show that concerns over Brexit are at the highest point recorded since the EU referendum in 2016.

More than half of the 89 respondents, which represent 15% of the UK's quoted equity market, are to reduce hiring because of Brexit, with a similar number set to cut their capital expenditure.

It was also found that eight in 10 CFOs think operating costs will rise in the next year, with half stating that increasing cash flow will be a "strong priority" during that time.

This reflects official data showing that UK corporates held a record £747bn of cash at the end of last year, equivalent to 35% of GDP and almost a third higher than in 2016.

"They appear to be battening down hatches for tougher times ahead."

Half of CFOs expect revenues to decline in the next 12 months, up from just 18% in the first quarter of 2018, while 18% say credit is hard to get, compared with 4% two years ago.

However, risk appetite remains fairly unchanged, with the proportion of CFOs agreeing now is a good time to take risk onto balance sheets increasing from 7% to 9% in the last quarter.

"Put mildly, it's been a turbulent few weeks and there's been little change in risk appetite as many priced in a tougher environment at the start of the year," Deloitte chief economist, Ian Stewart, said.

"They went into March braced for tough times and the latest round of Brexit uncertainties have not materially changed that. When expectations are already low, it's harder to be disappointed."