One in eight organisations to adopt CDC pension schemes

Around one in eight UK organisations think they will offer collective defined contribution (CDC) pension schemes within the next six years if the required legislation is passed. 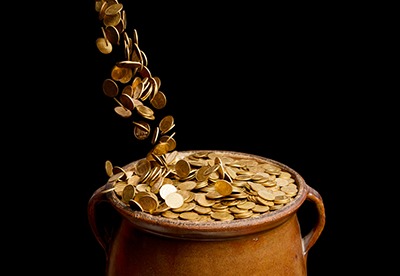 That is according to a recent poll by Willis Towers Watson (WLTW), which found that 13% believe it is "likely" or "highly likely" they will provide CDC benefits by 2025.

And two-thirds of the organisations surveyed said they would prefer to offer pensions that provide regular incomes, rather than pots that can be accessed flexibly.

This is despite previous research suggesting that the newly approved CDCs have come too late as defined contribution (DC) pension schemes are already well established.

WLTW senior director, Simon Eagle, said: "While only a minority are expecting to be part of the first wave of CDC provision, our data shows most organisations would like to provide their employees with a regular income in retirement.

"This suggests there may be further appetite for CDC provision in the longer term - new things usually take time to catch on."

The survey respondents that said they expect to adopt CDCs had a range of pension arrangements in place, such as defined benefit (DB), DC, or a mixture of both.

WLTW said this could mean that initial appetite comes from firms that already have some form of DC arrangement for at least a significant proportion of their workers.

But it also found that a third of organisations think their scheme members will struggle to understand the nature of CDCs - something often cited in a recent consultation.

The government is hoping to address this though a bespoke authorisation regime featuring a robust members communications strategy as a quality criteria.

However, the Pensions Management Institute warned that a third of its members are unsatisfied with recent developments, expressing concerns around the consultation process and a lack of joined-up thinking.

"With the proliferation of consultations and the promised pensions bill on the horizon, we hope that outcomes reflect the input from the industry and produce effective policy addressing the fears noted," president, Lesley Carline, said.