Millions of UK workers will start saving more for their retirement tomorrow, but less than half of employees even know the details, a survey by Aviva has found. 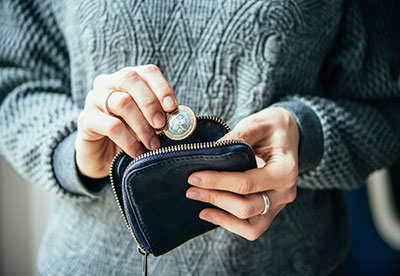 The research shows that just 44% of adults aged 22 or over are aware that minimum contributions into workplace pensions will increase from 5% to 8% on 6 April.

A quarter of workers have no idea about the increase, while a similar proportion said they had heard something about the changes but didn't know the details.

Minimum contributions will increase to 5% of qualifying earnings for employees, and 3% for employers, applying to workers aged 22 and over with annual salaries of at least £10,000.

"The increase to 8% is another step in the right direction," Aviva's head of savings and retirement, Alistair McQueen, said.

"For an eligible employee earning the average salary of £27,500, the increase will be less than £1 a day but they'll see an extra £50 go into their pension pot each month."

The survey also found that just 9% of people plan to opt out of their workplace pension scheme when the new contributions come into effect.

And separate research from Aon found that 70% of employees have stayed at maximum contribution levels when their employer has moved them to maximal levels by default.

The firm estimates that tomorrow's changes could lead to an extra £55,000 entering an individual's pension pot in retirement in today's money.

This comes after the regulator revealed in February that more than 10 million people are saving into a workplace pension scheme thanks to automatic enrolment.

AON partner, Sophia Singleton, said that auto-enrolment has to be considered a success, and that the contribution hikes will move saving rates up to a "more suitable level".

She continued: "There has been much talk that employees might opt out from this increase - that they might be scared off by the reduction in take-home pay.

"But we think that people generally accept that they should be saving more - so if we 'do it for them', it's less likely that they will actively decide to reduce or cease their contributions."