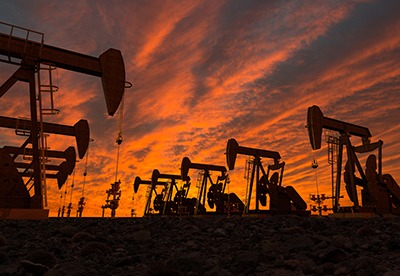 The petition calls for insurers to reveal all their investments in "fossil fuel-related entities", along with all the polluting companies and projects they underwrite or insure.

This would apply to 1,300 insurers - the largest market in the US - and comes after Californian wildfires caused an estimated $13bn (£10bn) in insured losses last November.

"By insuring fossil fuel projects, insurance companies fuel the very disasters they are insuring homeowners against," said Carmen Balber, executive director of Consumer Watchdog, a signatory of the petition.

"It's outrageous that survivors of wildfires have to fight with their insurance companies for coverage while insurers are paying out billions to the fossil fuel companies responsible."

The California Department of Insurance currently requires the disclosure of fossil fuel-related investments by companies writing more than $100m in premiums.

However, this excludes half of the insurance companies in California, and the department has not required insurers to disclose fossil fuel underwriting or to divest from the sector.

The petition warns that Californian insurers face unprecedented threats to their business due to the increase in frequency and severity of wildfires, exacerbated by climate change.

But it states that the industry has so far declined to disclose the extent of its insuring and investing in fossil fuel-related projects after claiming they are trade secrets.

"So the information available regarding this area of financial exposure related to the financial health and solvency of insurance companies in California remains unknown," the petition says.

"As California's insurance commissioner, you have the ability and responsibility to take immediate action to ensure the solvency of the insurance industry and to protect consumers in California from the exacerbation of climate change risks."

The commissioner has 30 days to respond to the petition.