False insurance claims jumped by more than a quarter across the UK last year, with home and car insurers reporting the largest increase, new data shows. 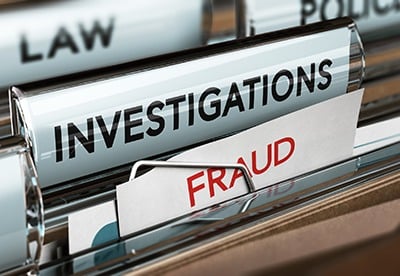 The fraud prevention service Cifas revealed that fraudulent claims rose by 27% in 2018, with this increasing to 52% and 45% for household and motor insurance respectively.

And it was people aged 31-40 that made the most false home insurance claims last year, while 21-30-year-olds were the biggest culprits for car insurance.

Cifas described the findings as "alarming", and said they shed light on the many temptations consumers face to commit fraud amid "seemingly harmless opportunities".

Chief executive officer, Mike Haley, said: "The idea that fraud is a victimless crime is completely false. Committing fraud hurts your friends, your neighbours, and the UK as a whole.

"Insurers have to spend longer reviewing insurance claims and policy requests, premiums go up, and everyone loses out."

Despite the jump in false claims, the findings also show that there was an overall decrease in the number of people fronting motor insurance policies in 2018.

This is when a driver claims they are the main user of a vehicle that is actually driven by a young driver or other high-risk motorist in order to receive lower premiums.

Cifas members reported over 300 cases of fronting in 2018, although there was an 18% increase in the proportion of 21-30 year olds conducting this type of fraudulent activity.

The findings were released to mark Cifa's 'Faces of Fraud' campaign, which urges people to consider the consequences of making false insurance claims.

These can include non-payment of claims, cancellation of a policy, a record with Cifas and the Insurance Fraud Register (IFR), and difficulty obtaining insurance in the future.

"More needs to be done to raise awareness about the harm of fraud and financial crime," Haley continued.

"While the overall downturn in fronting insurance policies is a positive sign, the fact that young people are increasingly more likely to commit that type of fraud highlights the need for continuing education."