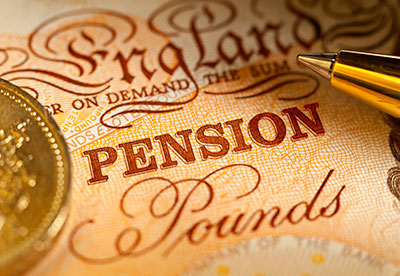 Following a two-month consultation period, it was concluded that CDC schemes could provide members with higher levels of certainty by offering more regular payouts.

The schemes allow group contributions to be pooled together and invested to give members a higher final benefit level, with payments unaffected should an employer go under.

They provide better long-term protections because risk is shared, and are already used in Denmark and the Netherlands, which have two of the best systems worldwide.

Work and Pensions Secretary, Amber Rudd, described CDCs as a "revolutionary reform" for the UK that would help transform retirement saving in the country.

"These pioneering proposals should deliver improved investment returns for workers and savers while cutting costs and red tape for British job creators," she continued.

"Any steps that result in better saving returns for workers are something to celebrate, and I look forward to working with industry to enhance the prospects of millions."

More than 70 contributors responded to the CDC consultation and proposals developed by Royal Mail and the Communication Workers Union.

Legislation will now pass "as soon as parliamentary time allows", with the schemes expected to appeal to firms that want to offer strong pension provisions without huge liabilities.

The government also said CDC trustees would be required to spell out the potential for fluctuations in payouts - depending on investment performance - to members at the outset.

However, Willis Towers Watson director, Simon Eagle, said CDCs might only be an option for large employers unless they can be offered through a third party like a master trust.

"Until CDC goes from a theoretical possibility to a lawful option, we won't know how much demand there might be, but there are good reasons for employers to take a look," he said.

"If an employer can't take pension risk on its balance sheet but wants to set employees up with an efficient retirement income - albeit a variable one - rather than just an investment pot, CDC will be the way to do that."

This article appeared in our March 2019 issue of The Actuary.
Click here to view this issue
Filed in
03
Topics
Pensions