Every listed company in the UK faces major liability risks for failing to properly prepare for Brexit, especially if there is a no deal outcome, experts have warned. 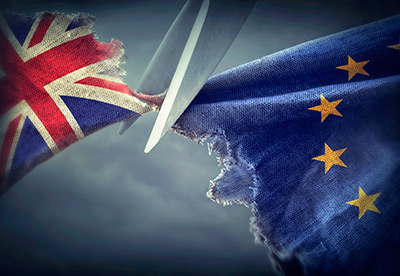 This comes after EU chief negotiator Michel Barnier said the risk of a disorderly Brexit has "never been higher" following MPs yesterday rejecting a deal for a second time.

Governance firm Mactavish explained that companies would need to ensure their plans are documented comprehensively to defend themselves against lawsuits from investors.

Any firm suffering a performance dip after Brexit could come under scrutiny, while directors may also be exposed due to limitations in Directors and Officers' (D&O) insurance cover.

Mactavish said businesses face a "double whammy" if they fail to ensure their insurance is valid, and could be further at risk if preparations compare badly to those of their peers.

"The insurance risk associated with a bad Brexit facing many British companies is huge, and most companies have not acknowledged this properly," CEO Bruce Hepburn, said.

"Brexit brings a host of new challenges, and commercial insurance policies are bound up in a labyrinth of inter-connected policy definitions, policy triggers and cost categories."

Moreover, the Insurance Act 2015, which applies to all commercial insurance policies, requires boards to properly investigate their risks and disclose them to insurers.

Failure to manage all these risks properly could also lead to lawsuits from customers, suppliers, shareholders and even members of the public, according to Mactavish.

It said that special or unusual facts relating to D&O insurance, product liability, cyber, or business interruption risks are particular areas that firms should investigate.

"It's difficult to understand what they are covered for in the event of a bad Brexit," Hepburn continued.

"This is challenging enough, but if boards rely on insurance, they face a risk that insurers refuse to pay on the grounds that they did not properly disclose Brexit-related risks.

"This would be a double whammy for boards. They need to review their existing cover to ensure it is adequate."