More than half of private investors in the UK view Brexit as an opportunity, with the overwhelming majority confident about the outlook for their investments. 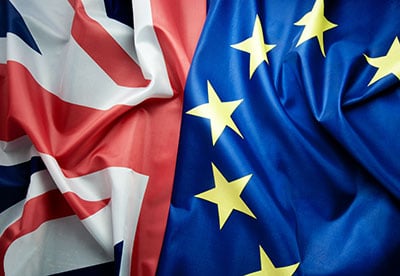 Those are the headline findings of a survey by media firm Master Investor, which show that 51% of private investors see Brexit as an opportunity, while just 15% view it as a "disaster".

A massive 86% are confident about their investments, with one in six claiming to be "very confident". The respondents were aged 54 on average and either self-directed or ISA investors.

"Brexit is seen as an opportunity not a disaster for investors, and they are backing UK companies, both large and small. There has arguably never been a more interesting time to invest."

This confidence was reflected in 17% of the survey respondents holding UK blue chip equities, and 15% with small caps shares, compared with just 13% that hold international equities.

When asked about the risks to their investment appetite for the UK, respondents suggested that the availability of debt finance was the biggest concern, followed by higher interest rates.

And perhaps surprisingly, a global economic slowdown and Corbyn government were mentioned as the two concerns least affecting investment appetite for the UK.

This comes after a similar survey last year found that a third of investors believe there will be a 'Brexit dividend' that will make the UK richer after it leaves the EU.

However, Mark Brownridge, director general at the Enterprise Investment Scheme Association (EISA), which carried out the research, played down expectations.

"There is some positivity, with many feeling there will be great opportunities for wealth creation, entrepreneurship, and investment into SMEs in a post-Brexit Britain," he said.

"We must remain optimistic yet cautious. We need to ensure investors have confidence to look to SMEs, and ensure there is enough capital to reinvest back into UK businesses."

This article appeared in our March 2019 issue of The Actuary.
Click here to view this issue
Filed in
03
Topics
Investment