The mutual and cooperative insurance market has been the fastest-growing part of the global industry since the financial crisis, new research has uncovered. 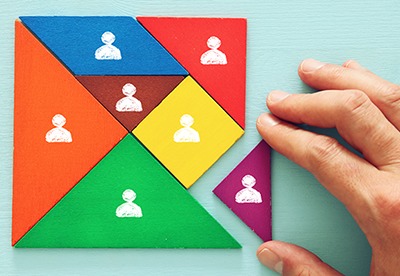 In a report published yesterday, the International Cooperative and Mutual Insurance Federation (ICMIF) revealed that the sector's premium income grew by 30% between 2007 and 2017.

This is almost double the 17% of growth recorded by the insurance industry as a whole during that time, with mutual insurers seeing their market share rise from 24% to 26.7%.

The report also highlights how the number of members and policyholders being served by mutual and cooperative insurance companies has grown by 13% since 2012 to 992 million.

ICMIF chair, Hilde Vernaillen, said that the financial crisis acted as a catalyst for growth in the sector as customers looked to companies they thought they could trust.

"At this financially volatile time, as consumer trust, spending and interest rate plummeted, the mutual insurance sector began to emerge, even flourish," he continued.

"This is linked to customers' preference for providers that demonstrate characteristics most commonly associated with cooperatives: trustworthiness, security and service excellence."

The latest ICMIF report is a 10-year anniversary edition, and shows that employment in the mutual sector grew by 24% to 1.16 million people from 2007-17.

It includes detailed analysis of premium income, assets, investments, employees, and members or policyholders from over 5,100 insurance companies in 77 countries.

These firms wrote $1.3trn (£1trn) worth of premiums in 2017, according to the report, which is the second highest level of volumes ever recorded.

Vernaillen continued: "The report is an important tool for evidence-based discussions about the socio-economic importance of mutual insurers with legislators, regulators and policymakers.

"In emerging markets where the lack of inclusive insurance impedes economic development, poverty reduction and disaster recovery, the ICMIF continues its efforts to extend access to mutual insurance.

"In developed markets, the ICMIF and its members can make use of this report to make the case for due consideration and equitable treatment of the sector."