The UK and Switzerland reached an agreement to allow free trade between each others insurance sectors post-Brexit at the World Economic Forum in Davos last Friday. 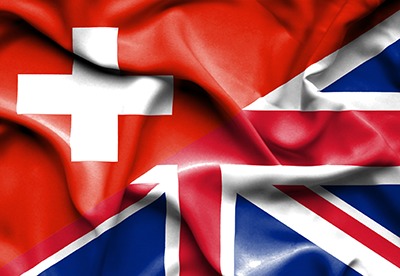 The UK-Swiss Direct Insurance Agreement will come into force once EU rules cease to apply in Britain, and will provide mutual recognition of each country's regulations.

This comes after Switzerland invested around £11bn in the UK's financial services sector back in 2016, more than any other country except the US.

"Switzerland is a major centre of insurance, and we look forward to a wider agreement to enable further mutually-beneficial business between the two important hubs of London and Zurich," she added.

More than a dozen UK firms, mainly London market firms, currently sell insurance direct into Switzerland, and in 2017, exported £384m worth of insurance and pension services there.

The new agreement comes after the UK government made a similar insurance deal with the US in December last year.

The US/UK Covered Agreement mirrors arrangements between the US and EU, and will allow businesses to continue operating in both jurisdictions after Brexit takes place.

The American Council of Life Insurers (ACLI) welcomed the deal and said it would remove regulatory uncertainty for insurers and reinsurers both sides of the pond.

CEO Susan Neely, said: "ACLI members will benefit from the certainty provided by the agreement, allowing them to dedicate resources to protecting the financial security of their policyholders.

"[The] ACLI is fully supportive of efforts to maintain the current bilateral insurance trade relationship that benefits insurers and consumers in both markets."

This article appeared in our January 2019 issue of The Actuary.
Click here to view this issue
Filed in
01
Topics
General Insurance