UK accounts for almost a third of VC investment in Europe

Brexit fears did not stop the UK attracting $7.7bn (£6bn) of venture capital (VC) investment last year, almost a third of the record $24.4bn raised in Europe as a whole. 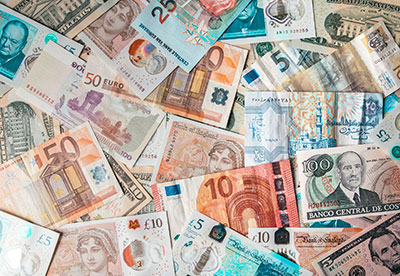 Almost $2bn was invested in UK firms in the final quarter of 2018, according to the data, which also shows that the country accounted for four of Europe's 10 largest deals.

"For years now, the true implications of Brexit have remained open questions, however, the venture ecosystem would appear to have been unaffected to far."

Despite the record funding levels, the data shows that the actual number of VC deals declined from 17,314 to a six-year low of 15,299, reflecting a high number of valuable 'megadeals'.

Every region studied saw record levels of investment in 2018, with the US leading the way after raising $41bn in the final quarter, while Asia accounted for four deals worth $1bn or more.

Given the "extraordinarily strong' year in the US, Asia and Europe, KPMG said VC investment in 2018 would be hard to match this year, but that there would likely be substantial funding in late-stage deals.

"Autotech - whether autonomous vehicles, alternative energy vehicles, or ride hailing - is expected to see strong investment, in addition to healthtech and FinTech," the firm said.

"On the technology front, artificial intelligence is also expected to see strong growth."