Price caps proposed to crack down on insurance 'loyalty penalty'

Price caps could be introduced to ensure insurance customers are not ripped off for their loyalty under new proposals unveiled by the Competition and Markets Authority (CMA). 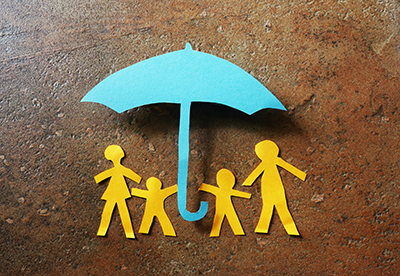 This comes after the CMA found that nearly 12 million people in the UK are charged a higher price than new customers when they renew their home insurance policies.

An annual 'loyalty penalty' of around £4bn was found across the cash savings, home insurance, mortgages, mobile phone contacts and broadband markets, with the elderly and poor among the most at risk.

In response, the CMA has also recommended that regulators publish the size of the loyalty penalty in key markets every year, and clamp down on practices that stop people getting better deals.

In addition, it suggests regulators and the government ensure customers can leave a contract as easily as they enter one, and clearly set out principles for all businesses.

"Millions of loyal or vulnerable customers are being taken advantage of each year by firms and end up paying much more than they should do," CMA chief executive, Andrea Coscelli, said.

"This must come to an end. That's why we have recommended a robust package of reforms. There must be a step change to protect the people being hardest hit, including targeted price caps."

The new measures come after Citizens Advice found that the average loyalty penalty is £877 a year, and launched a super-complaint with the CMA in September.

The CMA has since uncovered a range of ways in which customers are penalised for their loyalty, including continual year-on-year stealth price rises and costly exit fees.

Time-consuming and difficult processes to switch providers, auto-renewal requirements, and insufficient warnings before contracts are rolled over were also found.

"Our work has uncovered a range of problems which leave people feeling ripped off, let down and frustrated. They shouldn't have to be constantly 'on guard'," Coscelli continued.

"Together the CMA, regulators and government must act more promptly and powerfully to hold firms to account, stop them exploiting their customers and restore people's trust."