The 100-year life: fear or favour? This was the question Marjorie Ngwenya, the IFoAs immediate past president, posed to the audience at TANCs event on 18 October 2018. 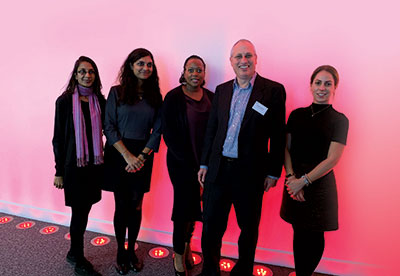 There's no right answer, but below are some of the things that Marjorie highlighted as being important when solving the problem of an ageing society.

The world's population is ageing, with the retired population increasing while the population of those yet to retire decreases. A European Environmental Agency study cited by Marjorie expects this issue to be more severe in developed regions of the world. How do we adapt?

Governments and employers will need to amend many of their policies, including those on employment, pensions and care and support in later life. Employers will also need to adopt 'age friendly' business practices, and individuals will need to adapt. For example, older workers could take up more of an 'advisory role' in their organisations, freeing up other positions for younger workers. They may also need to learn new skills.

Society will be different. Things that may become the norm include children living at home for longer and grandparents working until later in life. Technology will play a vital role in shaping the future, from advancements in healthcare and improvements in day-to-day living to dating apps for the over-80s.

In closing, Marjorie left her audience pondering this question - "What do you want to be when you're aged 100?"

This article appeared in our December 2018 issue of The Actuary.
Click here to view this issue
Filed in
12
Also filed in
People & Social News