Pensions funds are responsible for the majority of capital held by the worlds 100 largest asset owners (AO100), placing them among a unique group of investors that are too important to fail. 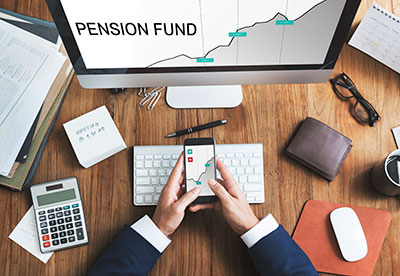 Research from Willis Towers Watson's Thinking Ahead Institute reveals that 61% of the AO100's $19trn (£15trn) in assets are held by pension funds, while sovereign wealth funds are responsible for 32%.

The researchers said the AO100 is responsible for investing the "most influential capital on the planet", and has the ability to shape capital markets and ensure the global economy runs smoothly.

"Asset owners globally are too important to fail in their mission," Thinking Ahead Institute global head of investment content, Roger Urwin, said. "They have little choice but to take their financial and social responsibilities seriously, and not to shirk the big issues."

The research shows that asset owners hold around $55trn in capital globally - more than $10,000 for every adult on the planet - and that the AO100 is responsible for around one-third.

The Asia-Pacific is the largest region in terms of assets under management, holding around 36%, followed by Europe, the Middle East and Africa with 34%, and North America on 30%.

It found that 405 of the world's largest asset managers recording rising interest in sustainable investment among their clients over 2017, while nearly two-thirds reported an increase in regulation.

"There is an over-arching need for these large asset owners to understand the world in which they operate, and over which they potentially hold such influence," Urwin continued.

"Over the next decade, this means doing more to institutionalise professionalism, streamline operating models, leverage culture and diversity more effectively and evolve the investment model into increasingly smart and sustainable arrangements."