Cyber attacks are the greatest threat facing businesses in Europe, North America, East Asia and the Pacific, a worldwide survey of over 12,000 executives has found. 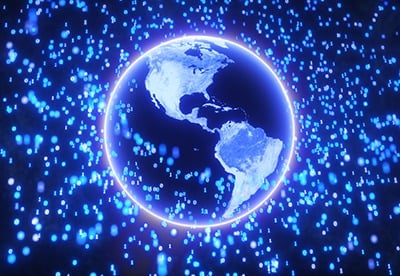 The finding marks a sharp rise in concerns around technological risks, with cyber attacks only ranked the top threat in two regions last year, and just one in 2016.

Failure of national governance is rated the top risk by firms in Latin America and South Asia, while energy price shocks are most concerning in Eurasia, the Middle East and North Africa.

The research from the World Economic Forum (WEF) also shows that unemployment is perceived as the top threat facing companies in sub-Saharan Africa.

"Cyber attacks are seen as the number one risk in markets that account for 50% of global GDP," said Lori Bailey, member of the WEF's Global Future Council on Cybersecurity.

"This strongly suggests governments and businesses need to strengthen cyber security and resilience in order to maintain confidence in a highly connected digital economy."

A potential asset bubble was cited as the second biggest risk by European firms, followed by national governance, failure of financial mechanism or institution, and unemployment.

Similarly, unemployment or underemployment, an asset bubble, energy price shocks and data fraud are seen as the top threats in East Asia and the Pacific.

Failure of critical infrastructure is a top threat in sub-Saharan Africa, interstate conflict and social instability worry firms in Eurasia, while terrorist attacks are a major concern in the Middle East.

"Understanding the evolving risks in different regions is top of mind for business leaders," WEF executive committee member, Mirek Dusek, said. "Given the current geopolitical uncertainty, cooperation within and among regions is of critical importance."

This article appeared in our November 2018 issue of The Actuary.
Click here to view this issue
Filed in:
11