Europe's third largest insurer turns its back on coal

Italian insurance giant Generali has today announced that it will stop insuring the construction of new coal mines and plants as part of its commitment to tackling climate change. 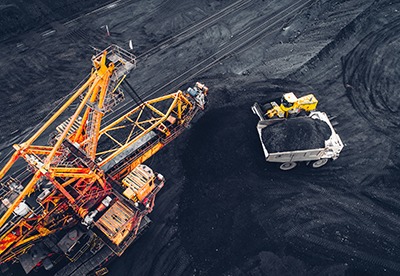 The company also said it would no longer accept new clients that generate more than 30% of their energy production or revenue from coal, and gradually divest 2bn (£1.74bn) from the industry.

This means that Europe's four largest primary insurers have now all restricted their coverage for coal following similar announcements from Allianz, AXA and Zurich.

"The majority of insurance companies with the expertise to lead in assessing and underwriting new power plants have now committed to end or limit insurance for new coal projects," she said.

"The latest IPCC report makes clear that we have to act on an unprecedented scale to phase out coal if we are to meet the 1.5°C global warming target and avoid dangerous climate change."

However, Generali's new underwriting policy does not include the modernisation of existing coal plants, with the European Environmental Bureau estimating that 82% need retrofitting to meet EU standards.

The Italian insurer also announced today that it would increase investments in green and sustainable sectors by 3.5bn by 2020, mainly through bonds and infrastructure projects.

Moreover, it reiterated its support for a "just transition" away from coal, with a move towards a low-carbon economy expected to impact nearly 1.5 billion workers across the world.

"This is why Generali's strategy not only includes investments and underwriting, but also relies on stakeholders' engagement to involve those potentially impacted in the decision-making process," the company said.

"Dialogue takes time, but it is the most efficient way to accelerate the just transition, avoiding the creation of stranded workers and communities while contributing to achieve a 'well under 2°C' future."