Women in the UK will today start qualifying for the state pension at the same age as men, eliminating discrimination between the genders for the first time in 70 years. 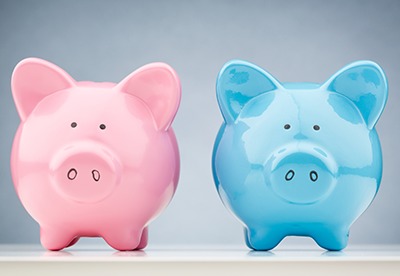 However, there are fears that the changes could worsen the gender pension gap, with men already saving far more over their working lives than women on average.

Research from insurance firm Aegon shows that females typically only have half the pension savings of their male counterparts by the time they reach 50, saving £56,000 compared to £112,000.

Receiving the state pension earlier offered some compensation, but with this now removed, Aegon pensions director, Steven Cameron, said the gap would become "even wider".

"While some may see this a step forward towards equal treatment, it actually means women are a further step back compared to men with pensions," he added.

A number of factors are thought to contribute to the gender pension gap, including differences in salaries, and women often taking career breaks to raise families or care for elderly parents.

Aegon estimates that females would, on average, have to contribute an extra £21 a month to close the gap by the time they reach of 30, rising to an extra £360 at 50.

This comes after a study by the trade union Prospect revealed that the UK's gender pension gap is more than twice the size of the pay gap.

After analysing the 2016-17 Department for Work and Pensions' family resource survey, it found that women received 39.5% less in pension income that year, compared with a pay gap of 18.4%.

This equates to a shortfall of around £7,000 a year on average, with Prospect senior deputy general secretary, Sue Ferns, arguing that the "shocking" figures highlight the need for government action.

"There should be a duty on government to produce an annual report on the size of the gender pension gap," she continued. "This will focus attention and help build a consensus for action.

"There are also practical steps, such as abolishing the automatic enrolment earnings trigger, which disproportionately excludes women from occupational pension scheme membership.

"It is not acceptable that women are condemned to less comfortable retirements and greater anxiety because of inherent unfairness in the labour market and structural problems in the pension system."