The first half of this year saw the total value of mergers and acquisitions (M&A) in the global insurance market hit the highest level recorded since the financial crisis. 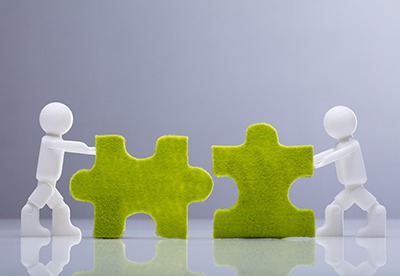 Data from Willis Towers Watson (WLTW) shows that deal value for global insurance M&A was up 37bn (£33bn) in the first six months of 2018, thanks largely to 14 megadeals worth over 500m.

This was partly driven by companies adjusting to regulatory pressures and changing their business models, with more firms divesting from unwanted operations and returning to their core strategies.

Describing the impact of Solvency II implementation, WLTW senior director, Fergal O'Shea, said: "As the processes, reporting and monitoring have become increasingly business-as-usual, executives have taken back their 'bandwidth' and got on with the job of strategically guiding their companies."

Tax reform in the US is also thought to have helped drive M&A value, providing a "steroid kick" to firms in the country, and making them more attractive to foreign insurers.

The findings show that the property and casualty sector led the way with 44 M&A deals in the first half of this year, followed by life with 22 deals, composite on 11, and seven in reinsurance.

A growing trend of foreign investment from Asian companies looking to grow their geographical footprint was also found, which is though to reflect China's 'Belt and Road" initiative.

Although this is believed to be threatened by continued hostility between the US and China, WLTW said the outlook remains positive for insurance M&A over the coming months.

However, it added that higher deal values and potential complexity could extend the phase to execution, with a "much longer stretch of time from announcement to closing".

"Debt continues to be cheap, and following the recent tax reforms, we will continue to see an active M&A market," WLTW managing director, Jack Gibson, said.

"It's just a matter of paying the right price and overcoming the hurdles that have led to deals taking longer to consummate."