UK could have £20bn in lost pensions

UK savers have failed to claim around 1.6 million pension pots worth nearly £20bn  at least six times more than previously estimated, the largest study of its kind has revealed. 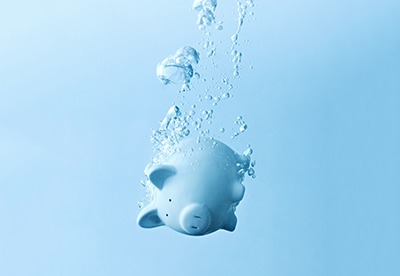 However, the true scale of the UK's lost pension mountain is likely to be even higher, with the latest research not looking at savings in the public sector, or those in trust-based schemes.

The researchers said frequent job changes and home moves were the main reasons behind the problem, with nearly two-thirds of savers now having more than one pension.

Dr Yvonne Braun, director of long-term savings and protection at the Association of British Insurers (ABI), which commissioned the research, described the findings as "jaw-dropping".

"Unclaimed pensions can make a real difference to millions of savers," she continued. "We need a radical digital solution to cope with the way society is changing, or the problem will get worse."

The research involved surveying firms representing around half of the UK's defined contribution pensions market, finding 800,000 lost pots worth an estimated £9.7bn.

If scaled up to the whole market, it is thought that there are 1.6 million pension pots worth £19.4bn that remain unclaimed - the equivalent of nearly £13,000 per pot.

Insurance providers reunited owners with £1bn in lost savings in 2017, with firms continuing to struggle to keep track of a workforce that moves jobs more than ever before.

The ABI said that the average person has around 11 jobs over their lifetime, and moves homes eight times, while the government predicts that there could be 50 million lost or dormant pensions by 2050.

Braun said this reinforces calls for an online pension dashboard, allowing people to see all their savings, including the state pension, in one single place.

"It is important that the government stands by its promises to take forward the pensions dashboard," she said.

"This project has cross-party support, with the backing of consumer groups, and could mean a more secure retirement for millions of savers."