There are now more people that would choose to make their insurance claims online rather than deal with a human being, a poll of over 2,000 UK adults has found. 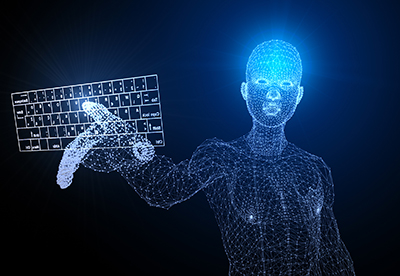 However, the research from personal injury specialists Minister Law shows that the split is narrow, with 50% of Brits preferring online processing, and 45% wanting the human touch.

It was found that one in three people worry about entrusting their claims to robotics, with the risk of criminals accessing data and privacy fears the top of their concerns.

"Our research underlines that many people still want to deal with human beings at the stressful point of making a claim, and the reassurance that they're there to give support," she continued.

"People have real concerns about their privacy and data protection, so it's crucial they are reassured that the technology they're using is safe and secure, as well as easy and quick to use."

The survey found that simplicity, speed of claims processing and peace of mind are more important when it comes to insurance than getting the cheapest premiums.

The findings also show that nearly half of the respondents would be happy to use artificial intelligence to resolve civil disputes, including divorce and injury claims, but that there is less appetite for criminal cases.

People aged over 55 were most sceptical about using technology, with 54% preferring to deal with a human, while 35-54-year-olds were most keen for a digital experience on 55%.

Perhaps surprisingly, it was also found that the younger generation aged under 35 were just as cautious about technology as the over-55s.

However, Woolham said it was not surprising that 35-54-year-olds were most keen to have a digital experience, as they are most likely to have high demands on their time.

"It's also the case that this age group has 'grown up' with the IT revolution - but we need to think about all customers, not just this particular demographic," she added.