The UKs financial services sector reported a sharp decline in optimism over the last three months, with sentiment deteriorating in all but one quarter since the start of 2016. 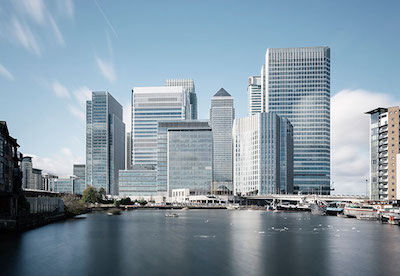 That is according to the latest CBI/PwC Financial Services Survey, which reveals that optimism has now fallen or remained flat for the longest period since the 2008 financial crisis.

Although business volumes increased slightly in the last quarter - particularly for insurers - investment managers reported a "striking loss of momentum" that has continued through 2018.

Growth expectations are at their weakest point since 2009, profits are flat and employment has stalled, with staff cuts in banking outweighing increases in other sectors.

CBI chief economist, Rain Newton-Smith, said it was impossible to ignore the "dangerous signs of strain" arising from regulation, technology, a subdued economy and Brexit.

"For the sector to continue to be one of the UK's most attractive economic assets, it is fundamental that a withdrawal agreement with the EU is agreed," she continued.

"This will provide essential relief for financial services firms. Then attention can turn to finalising our future economic relationship with the EU, in which services need to play a pivotal part."

The last quarter was the tenth of declining sentiment, with 36% saying they were less optimistic than three months ago, compared with 6% that said they were more positive.

Two-fifths said they had found it more difficult to recruit and retain workers over the last year, with nearly three-quarters saying they would struggle to find IT workers in the next 12 months.

Over half said changes in headcount were being driven by technology-driven efficiency gains, while regulation and Brexit are considered more important for recruitment than demand.

"In the long run, it's clear the sector needs to think more creatively about recruiting and retaining its skilled staff," Newton-Smith continued.

"Investing in employees with the right skills - especially technological skills - and ensuring the sector offers a more diverse and attractive career path are key."

This article appeared in our September 2018 issue of The Actuary.
Click here to view this issue
Filed in:
09