Insurance customers 'ripped off' for their loyalty

UK customers are being overcharged by £4.1bn a year for staying loyal to certain companies, with home insurance providers among the firms handing out loyalty penalties. 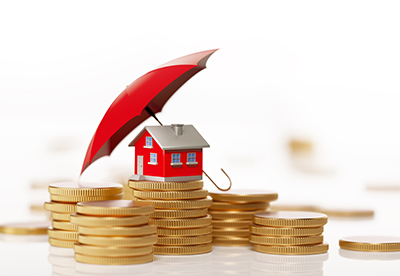 That is according to research by Citizens Advice, which has found that eight in 10 loyal customers pay a "significantly higher price" for home insurance, savings accounts, mortgages, mobiles and broadband.

The average loyalty penalty is £877 a year, with vulnerable people, such as the elderly and those with mental health issues, disproportionately impacted as they are less likely to switch providers.

Citizens Advice has today launched a super-complaint to the Competition and Markets Authority (CMA), which has said it will investigate the concerns raised by the charity.

"It's completely unacceptable that consumers are still being ripped off for being loyal to companies they rely on every single day," said Citizens Advice chief executive, Gillian Guy.

"It beggars belief that companies in regulated markets can get away with routinely punishing customers for being loyal - the CMA should come up with concrete measures to end this systematic scam."

Today's super-complaint is the fourth made by Citizens Advice since 2002, with its payment protection insurance (PPI) complaint in 2005 resulting in at least £32.2bn being returned to customers.

One example of the loyalty penalty identified by the charity involved a couple in their 90s being charged £1000 a year too much for home insurance, with their premium continuing to rise over six years.

Although the research specifically targets five markets, Citizens Advice said the practice of overcharging loyal customers is "widespread", and that the CMA should investigate more sectors.

The regulator responded by saying it would look into the problem with the Financial Conduct Authority and Ofcom, and is inviting other interested parties to provide evidence.

"Our response will set out the CMA's views on this important issue and any next steps we think are needed to make sure businesses don't take unfair advantage of their long-standing customers," CMA senior director, Daniel Gordon, said.