There was no improvement in life expectancy for people born in the UK between 2015 and 2017, with newborns actually predicted to live shorter lives in Wales and Scotland. 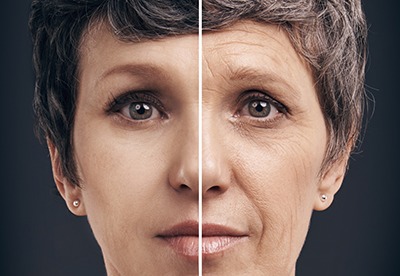 The number also remained unchanged for boys at 79.2, while a decline of 0.1 years was recorded for newborns in Scotland and Wales, and for males born in Northern Ireland.

"Some decreases at birth have been seen in Scotland, Wales and Northern Ireland, while in England, life expectancy has remained unchanged from 2014 to 2016," she said.

"This slowing in improvements is reflected in the chances of surviving to age 90 years from birth, which has also seen virtually no improvement since 2012 to 2014."

The data also confirmed that life expectancy in the UK remains lower than in many other comparable countries, with France, Spain and Italy all recording better figures.

The ONS said a particularly high number of deaths between 2015 and 2017 compared to the years before partly explained the latest slowdown.

This comes after the Continuous Mortality Investigation (CMI), owned by the Institute and faculty of Actuaries, said stalling progress was a trend rather than a blip.

However, the International Longevity Centre - UK (ILC-UK) said the latest findings should be "taken with a pinch of salt", and highlighted how incomes impact life expectancy.

"What is clear from our research is that the gap in life expectancy between the rich and poor is worsening over time," ILC-UK head of external affairs, Jon Date, said.

"The reasons behind these disparities are complex, but it is utterly unacceptable to witness a growing health divide in 21st century Britain."