Geopolitical tensions have become a reoccurring and material cost for businesses worldwide, with the majority of large organisations experiencing losses of at least $100m (£76m) as a result. 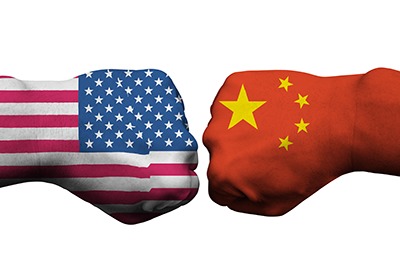 That is according to research by Willis Towers Watson (WLTW), which reveals that exchange transfers are the most frequent political risk for firms with revenues greater than $1bn.

Approximately 55% have had at least one political risk loss exceeding $100m, while more than 80% have scaled back on investments in a country as a result of their concerns.

US sanctions, emerging market crises, protectionism, trade wars, populism and nationalism were cited as the key threats, with Russia and Vietnam the countries where most losses occur.

WLTW Financial Solutions CEO, Paul Davidson, said companies would increasingly need to monitor, quantify and manage these risks, as well as develop strategies to mitigate them.

"If these levels remain elevated, companies will fall under increasing pressure from shareholders for greater levels of transparency around the losses actually incurred."

The research involved a survey of 40 leading businesses, the majority of which were Forbes Global 500 companies.

Nearly 60% had experienced losses from exchange transfers - the most frequently reported risk, followed by political violence on 48%, and import or export embargoes on 40%.

Three-fifths said political risks had increased since last year, with the largest companies most likely to have avoided or scaled back investments as a result.

Simon Coote, deputy director at Oxford Analyica, which co-produced the research, said political risk could no longer be excluded from executive decision-making.

"Taking steps to manage political risk must become a requirement of doing business, not simply regarded as an inevitable cost of operating in challenging environments," he added.