The vast majority of UK adults back government plans to overhaul the way victims of road accidents claim compensation for personal injuries, a new survey has found. 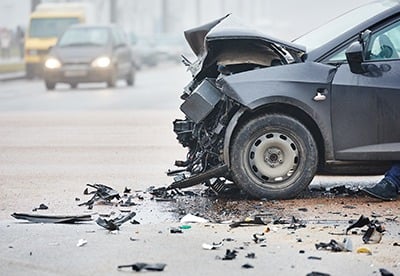 Commissioned by the Association of British Insurers (ABI), the survey finds that two-thirds support the idea of an online platform for victims to make low-value claims.

In addition, nearly nine in 10 think legal costs are currently too high, with 71% happy to apply for compensation online instead of seeking legal representation.

This comes as MPs prepare to debate the Civil Liability Bill, which aims to simplify and streamline the personal injury compensation system and reduce legal costs.

"There is overwhelming recognition that legal costs are too high and need to be reduced," ABI director of general insurance policy, James Dalton, said.

"Most people recognise the benefits of a simple system for dealing with low-value personal injury claims that preserves access to justice, and would be confident to use it."

The survey respondents cited a simple claims process as the most important factor when making a low-value injury claim, while the ability to claim back legal costs was least important.

Other reforms in the Civil Liability Bill include a tariff of fixed compensation for pain and suffering for whiplash claims, and increasing the small claims track limit from £1,000 to £5,000.

Firms representing 93% of the motor insurance market underwritten by ABI members have committed to passing on cost benefits to customers if the reforms are implemented in full.

This comes after separate research from EY revealed that the UK's motor insurance market recorded higher underwriting profits last year than at any point since 1994.

The firm predicts that pressure to lower premiums will see average motor insurance prices fall from the £491 peak recorded in 2017, to £471 this year, and down to £455 during 2019.

"Reforms in the Civil Liability Bill will mean a fairer system for claimants, motorists and compensators," Dalton said. "This is why the bill's provisions must be implemented in full, and not watered down."