Four in five business executives have at least started planning blockchain initiatives for their companies, with a quarter of these already having live or pilot projects underway. 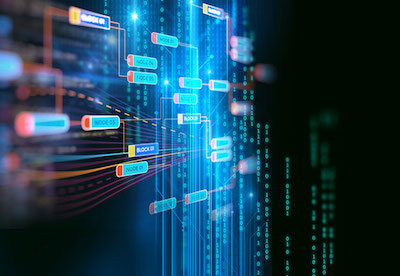 That is according to the findings of a global survey by PricewaterhouseCoopers (PwC), which show that the financial services sector is seen as the clear leader for blockchain developments.

However, despite the technology still being in its infancy, regulatory uncertainty and trust are perceived as the two greatest barriers to wider adoption across the world.

"Businesses tell us that they don't want to be left behind by blockchain, even if at this early stage of its development - concerns on trust and regulation remain."

Blockchain is a digital ledger that underpins cryptocurrencies like Bitcoin, detailing transactions in a way that is completely decentralised, transparent, anonymous and quick.

The latest research involved surveying 600 executives in 15 countries, finding that the US is seen as the most advanced country for developing the technology, followed by China.

However, the opposite is expected to be true within three to five years, with China set to overtake the US as the centre of influence and activity during that time.

PwC said companies should work together to develop a "common set of rules" for the technology after finding that, of the 15% with live projects underway, 88% are members of a blockchain consortium.

The firm also said businesses should engage with regulators to help shape how rules evolve, and that all risk professionals be involved in developing standards from the start.

"Creating and implementing blockchain to maximise its potential is not an IT project, it's a transformation of business models, roles, and processes," Davies continued.

"It needs a clear business case and an ecosystem to support it with rules, standards and flexibility to deal with regulatory change built in."