Shares in the worlds largest fossil fuel firms have outperformed stocks in the 200 companies making most revenue from clean energy, new data reveals. 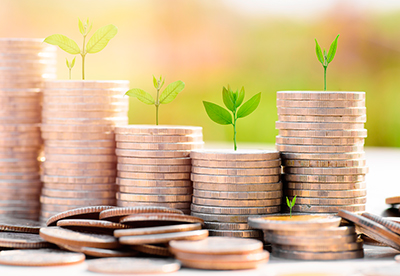 This is only the second time since August 2016 that Clean200 companies have underperformed the S&P Global 1200 Energy Index - considered the 'fossil fuel benchmark'.

The quarterly update from As You Sow shows that Clean200 companies have generated a 16.5% return over the last two years, compared with the fossil fuel industry's 23.5%.

This comes after US tariffs on clean energy imports saw a widespread fall in Chinese share prices this year, which was compounded by solar energy subsidy cuts in China.

Chinese firms now represent 15 of the 20 worst performing share values, and if they were excluded, the Clean200 would have actually outperformed the fossil fuel companies.

Andrew Behar, CEO of As You Sow, said: "The global transition to clean energy, that must happen to avoid climate catastrophe, continues regardless.

"When you strip out Chinese stocks from the Clean200 it outperforms the fossil fuel benchmark, even during a period of volatility and policies aimed at harming clean energy companies."

The three best performing share values have been Sumco Corp, Bombardier, and Kingspan Group over the last two years.

The research shows that Clean200 firms would have generated a return of 35.2% if excluding Chinese companies, compared with the 23.5% returned from the S&P 1200 Global Energy Index.

"No strategy outperforms in every period," said Toby Heaps, CEO of Corporate Knights, which co-produced the list.

"It is remarkable that the Clean200 has held up so well against the triple whammy of US-China trade war, surging oil prices, and the rolling back of Chinese solar subsidies."