Almost all of the UK and Irelands 100 largest non-life insurers hold enough capital to meet their Solvency II requirements, but one-third see Brexit as a key risk to this. 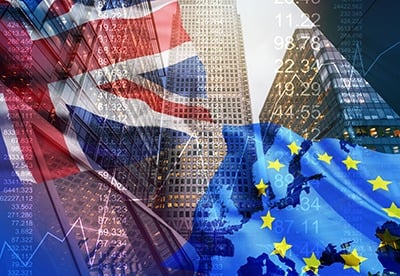 That is according to research from Lane Clark & Peacock (LCP), which reveals that the number of insurers citing Brexit as a key threat to solvency has risen from 23% to 33% in one year.

Just one firm was unable to meet its solvency and capital requirements (SCR) at the end of 2017, with the average ratio of excess funds eligible to cover obligations standing at 206%.

"Nearly half of firms have cited cyber security as a key risk, while unsurprisingly, uncertainty around the impact of Brexit remains an ongoing concern."

Ambac Assurance was the only company to have insufficient capital on 31 December 2017, while Gresham, part of the Aviva Group, had the highest ratio of excess funds at 13 times its SCR.

In terms of financial resilience, the research shows that 20 of the firms analysed had a 15% chance of breaching their SCR over a one-year period, compared with 25 in 2017.

It was also found that the quality of Solvency and Financial Condition Reports (SCFRs) has improved, but that uniformity issues remain, with reporting varying across businesses.

One-tenth of companies published their Quantitative Reporting Templates (QRTs) with errors in them, a significant improvement on the quarter that were doing so last year.

Drummond said insurers must comply with all requirements and not just those that are "clear cut", improving their QRTs and developing SCFRs to bring greater clarity and consistency in disclosures.

"Not just to conform to this third pillar of Solvency II on disclosure requirements, but to reassure stakeholders that their houses are in order," she added.