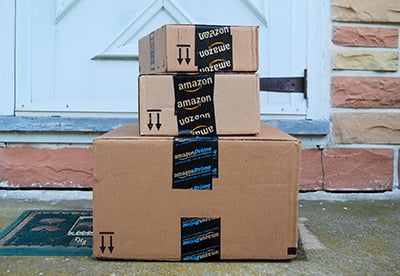 Reports today suggest that Amazon is "sounding out" some of Europe's top insurance companies to see if they might contribute products to a new UK price comparison site.

Instead of seeing the move as a threat, GlobalData insurance analyst, Danielle Cripps, said insurers should embrace Amazon and look at the firm as a potential distribution partner.

"The aggregator market has lacked innovation over recent years to which Amazon could bring something new," she continued.

Today's report from Reuters saw the share prices of Moneysupermarket and GoCompare fall significantly, although it is thought that Amazon has no plans for an imminent website launch.

It comes after GlobalData found last year that the internet-sales company had started recruiting insurance professionals in London, and was looking to disrupt the European market.

It is thought that Amazon wants to capitalise on its reputation for good customer service - something the insurance industry is often accused of being one of the worst for.

The company's investments in the Echo Dot could position it well for providing insurance, with household technology set to become a key feature of future requirements.

However, plans for a comparison website may not prove fruitful after Google launched a similar product in 2016 with limited success.

"Google and Amazon have similar profiles, and there is not an obvious factor as to why Amazon would fare better, but its entry into the industry is certainly more timely," Cripps continued.

''Insurance was relatively unaffected by the FinTech wave in 2016, with few outside players having established themselves.

"However, InsurTech has progressed significantly since then, with even Amazon itself having created relationships with Aviva through its Alexa device.''