Munich Re has announced today that it will end insurance coverage for new coal-fired power plants in industrial countries following months of pressure from environmental groups. 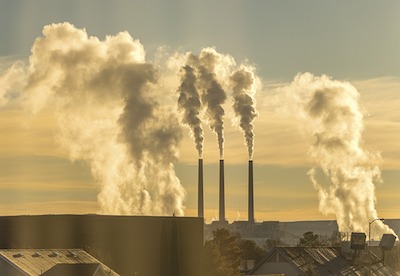 The world's second-largest reinsurer also said it would no longer invest in shares and bonds of companies that generate more than 30% of their revenue from the coal sector.

This means that six major global insurers have now restricted coverage for coal projects, with close to half the global reinsurance market having announced divestment policies.

The move comes after more than 850,000 people signed a petition, started by the campaign organisation Avaaz, calling on Munich Re to cut its ties with coal.

"It's a good start, but Munich Re will still invest in and insure some coal projects, and the only way to avoid climate catastrophe is to abandon coal completely."

It said the German insurer's policy allows exceptions for emerging countries, does not touch existing coal plants, and fails to commit to a total coal phase-out by 2040.

This is in contrast to Swiss Re - the world's largest reinsurer - that has an exclusion policy for firms regardless of where they are located, and Allianz's commitment to end exposure by 2040.

The Munich Re announcement comes after its subsidiary Ergo Hestia was found to have insured 18 Polish coal projects since 2013, including the biggest plant under construction in the EU.

"Countless new coal-fired power plants are currently being planned in developing and emerging countries, each one of which is a nail in the coffin for the Paris climate targets."