Insurers to invest $2.4bn in big data this year

The global insurance industry is forecast to spend approximately $2.4bn (£1.9bn) on big data in 2018 as firms increasingly look to improve claims processing and fraud detection. 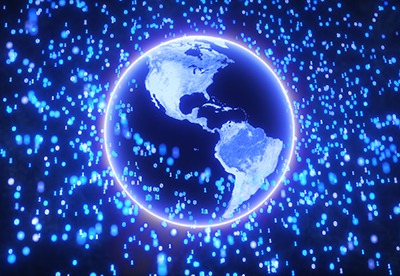 That is according to a new report from research and consultancy firm SNS Telecom & IT, which also predicts that big data investments will hit nearly $3.6bn by the end of 2021.

"Led by a plethora of business opportunities for insurers, these investments are expected to grow at a CAGR of approximately 14% over the next three years," the company said.

Based on feedback from insurers worldwide, it was found that big data has led to a more than 30% increase in access to insurance services, and cut policy administration work by half.

It has also improved fraud detection rates by 60%, resulted in large loss claims predictions with nearly 80% accuracy, and led to cost savings in claims management of up to 70%.

In addition, big data has accelerated processing of non-emergency claims by a staggering 90%, and is playing a "pivotal role" in facilitating the adoption of on-demand insurance models.

"Particularly in auto, life and health insurance, as well as the insurance of new and underinsured risks such as cyber crime," SNS Telecom & IT said.

"Amid the proliferation of real-time and historical data from sources such as connected devices, web, social media, and transactional applications, big data is rapidly gaining traction."

This comes after a survey of executives by software provider AdvantageGo found that upgrading technology is the number one priority for insurance companies across the world.

It was also found that three-quarters are involved in data analytics and big data projects, with more than half looking at machine learning, artificial intelligence and blockchain.

"Whether companies want to be ahead of the game or are simply anxious about being left behind, all sectors of the market are taking InsurTech seriously," AdvantageGo executive vice-president, Adrian Morgan, said.