Investors with trillions in assets call for deforestation halt 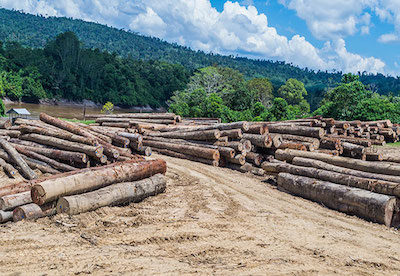 APG and Robeco are among the latest signatories to the 'Cerrado Manifesto', along with Legal and General Investment Management (LGIM) and Green Century Capital Management.

The initiative calls on soy and meat companies to prevent further deforestation in an area that has already seen half of its native forests and vegetation cleared for agricultural expansion.

Failure to do so could see 13.7 billion tones of CO2 released into the atmosphere - jeopardising Brazil's climate change commitments and significantly disrupting supply chains.

Jeremy Coller, founder of the FAIRR Initiative, which coordinated the investor support, said asset managers were sending a clear market signal for a zero-deforestation policy.

"Investors are realising the importance of protecting ecosystems like Cerrado, as their beneficiaries face a world too hot to retire into," he continued.

"Deforestation puts almost a trillion dollars of listed equity turnover at risk, and that makes the rapid pace of native vegetation loss in Cerrado a material concern for investors."

More than 70 large corporates have already given their support to the Cerrado Manifesto since it was launched last year, including McDonalds, Tesco, Walmart and Unilever.

Cerrado is one of the most threatened ecosystems on the planet, with an area the size of Greater London being displaced from the region every two months between 2013 and 2015.

As well as contributing to carbon emissions, it is thought that continued deforestation in the savannah would cause changes in rainfall patterns similar to those seen in the Amazon.

"We expect companies we invest in to disclose their exposure to forest risk commodities, as well as how these are managed," LGIM sustainable investment expert, Meryam Omi, said.

"Ensuring responsible sourcing and land use for commodities such as soy and cattle is a key component of risk mitigation."