The UK government should abolish lifetime individual savings accounts (LISAs) just 16 months after they were launched, a cross-party group of MPs has said today. 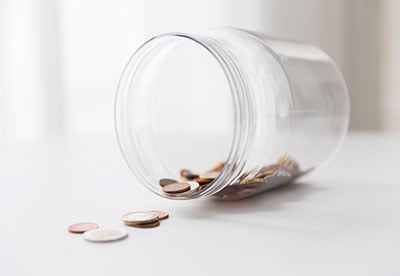 This is part of a series of savings reforms proposed by the Treasury Committee, which warns of a "looming crisis" for 12 million pension under-savers without government action.

The group criticised LISAs for their "perverse incentives and complexity", adding that inconsistency with other parts of the long-term savings landscape had made them unpopular.

The MPs also highlighted an "urgent" need to bring the self-employed into pension auto-enrolment, and argue that tax relief on pension contributions does not incentivise saving.

"Many households are facing challenges that are putting pressure on the health and sustainability of their finances," committee chair, Nicky Morgan, said.

"Over-indebtedness, lack of rainy day savings and insufficient pension savings are some of the weaknesses in the household balance sheet identified in this inquiry."

It was also concluded that maintaining the state pension triple lock was "unsustainable", but that an earnings-uprating system might just increase the number of under-savers.

In response, the group said the next auto-enrolment review should explore options to make up the possible shortfall, that could result by abandoning the triple lock, with private savings.

After finding that many people lack a 'rainy day' savings buffer, the MPs also recommend that "uncompromising" local and central government debt collection be reformed.

They suggest that the Financial Conduct Authority should "urgently" move forward with regulation to limit cost of high-cost credit, including overdraft fees.

"The committee makes a series of recommendations for the government to consider that would help households ensure that their finances are as resilient as possible," Morgan continued.

"While financial service regulators and guidance bodies have important roles to play, the government should not pass the buck to them."