The insurance sector has yet to shake off its image as being dominated by men, with women representing just 6% of executive director positions on UK company boards. 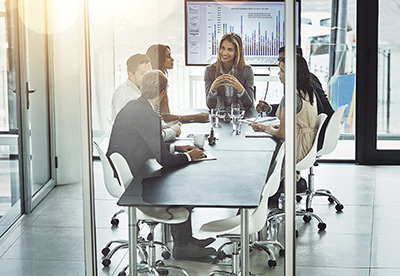 That is according to an annual report from The Pipeline, which also shows that women hold just 17% of roles on executive committees, and are underrepresented in all senior insurance positions.

This is despite the research finding that the UK could achieve a £13bn 'gender dividend' if its largest companies boost female representation on executive committees to at least a quarter.

"This lack of progress calls into serious question the possibility of achieving the UK’s target of 33% by 2020. I ask them to wake up to reality, in their own interests and the country's interests."

The report shows that FTSE 350 firms without women on executive committees achieve an average net profit margin of just 8.9%, compared with 13.9% when female representation is at least 25%.

However, the ratio of women on executive committees has stayed the same at just 16% since 2016, with 95% of profit and loss (P&L) roles now held by men - an increase on last year.

The findings also show that female CEOs have more than twice as many women on their executive committees than their male counterparts, and four times as many in P&L positions.

"We are at a critical juncture for gender equality in the workplace, and this report has issued a stark warning." The Pipeline co-founder and former MP, Lorna Fitzsimons, said.

"The lack of women in senior roles hits companies' bottom lines - limiting the profitability of leading businesses and in turn, hurting UK plc in the pocket."