Artificial intelligence (AI) is predicted to displace approximately seven million jobs in the UK over the next 20 years, with roles in the financial sector some of the most at risk. 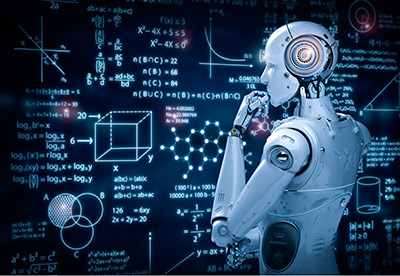 That is according to research from PricewaterhouseCoopers (PwC), which reveals that AI could wipe out around a quarter of finance and insurance jobs by 2037.

However, the technology is expected to create a substantial number of new roles, resulting in an overall net job loss of approximately 7% for the financial sector.

For the wider economy, it is predicted that AI will create around 7.2 million new positions over the next two decades, resulting in a small net jobs boost of around 200,000.

"Our analysis suggests the same will be true of AI, robots and related technologies, but the distribution of jobs across sectors will shift considerably in the process."

The research shows that the health and social work sector could be one of the most positively impacted by AI, experiencing a net 22% boost in employment with nearly one million new jobs.

It is thought that, as real incomes rise and the UK population ages, patients will increasingly want the 'human touch' from doctors, nurses and other health and social care workers.

In contrast, a widespread roll out of driverless vehicles and increasingly autonomous systems could result in a 22% net job loss for the transportation and storage sector.

To mitigate the displacement effect of AI, PwC argue the government should invest more in 'STEM' skills, while also exploring how art and design can feature at the heart of innovation.

"It's likely the fourth industrial revolution will favour those with strong digital skills, as well as capabilities like creativity and teamwork which machines find harder to replicate," PwC UK AI leader, Euan Cameron, said.

"Rapid technology change has often been associated with increases in wealth and income inequality, so it's vital government and business works together to make sure everyone benefits from the positive benefits that AI can bring."