The Pure Gold Company has said that a 237% increase in people buying physical gold happened on 9 July following the resignations of cabinet ministers David Davies and Boris Johnson over disputes about the governments plans for Brexit. 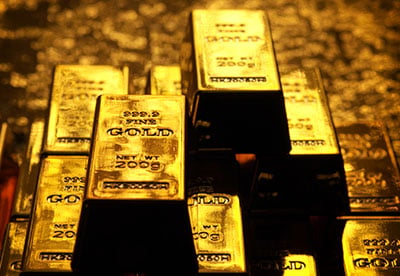 The Pure Gold Company has said that a 237% increase in people buying physical gold happened on 9 July following the resignations of cabinet ministers David Davies and Boris Johnson over disputes about the government's plans for Brexit.

More than half were financial professionals removing exposure to equities in anticipation of financial market volatility as political uncertainty increased.

Chief executive Josh Saul said: "Enquiries throughout Monday evening through to Tuesday morning increased by 312% and our brokers continued working until 10pm to take orders from people who wanted to benefit from the relative buying opportunity.

"The atmosphere was reminiscent of the weeks before the Brexit referendum, and half of the same clients who purchased in the three days either side of the referendum in 2016 felt the UK is in store for a similar rollercoaster.

"In 2016, when the Brexit referendum was announced, sterling plummeted and gold increase by over 25% (overnight). At present, sterling has declined and gold is up 1%."

Mr Saul said interest in gold was driven by fears that prime Minster Theresa May could be forced from office and replaced by someone committed to a 'hard Brexit', and that this might also make Labour leader Jeremy Corbyn more likely to become prime minister.

He said a poll last month by the Pure Gold Company had seen 72% of respondents say that a hard Brexit would lead to a deep recession and considerable losses to their equity portfolio and pensions.

"Many believe that the stock market has seen the longest bull run in history and with the long-term uncertainties that lie ahead many our clients prefer the safer option in gold, he added noting that clients were not necessarily looking for growth but wanted a hedge against market volatility," he said.